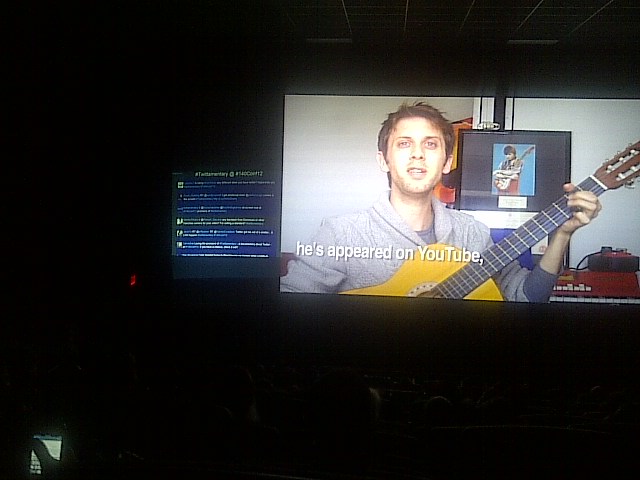 Among the many insightful talks, tweets and images, attendees took an evening diversion to see the Twitter documentary, Twittamentary.

Jeff Pulver @jeffpulver, Siok Siok @sioksiok, and others encouraged people to tweet on their phones during the movie.

Among the twitter chatter during the conference as well as the movie, was that of the concept of the ‘second screen.’ The ‘second screen’ is when your watching tv and are on another device, such as a computer or a mobile device.

I really became aware of it during the showing of the documentary. It was surreal to communicate with the participants in the movie while watching it.

Is this a sign for things to come as Jeff signaled during the Tel Aviv showing?